The Faculty of Philosophy, AUTh

The Faculty of Philosophy was founded in 1925 and opened its doors to 65 students in 1926. It was housed in the Villa “Allatini”, with desks and blackboards, made at the Papafeion Orphanage. However, in October 1927, following the initiative of the President of the Rector’s Council, Georgios Sotiriadis, it was transferred to the mansion of the Second Military Hospital of Thessaloniki, where the Ottoman School “Idadiye” had been housed until 1912. Today, it houses some of the Departments of the Faculty of Philosophy.

The “Centre for Byzantine Research” (http://www.kbe.auth.gr/) was founded in 1966 on the initiative of a group of Professors from the Faculty of Letters of the Aristotle University (R.D. 413/1966, FEK 106 T.A). The Centre is a research organization which promotes the study of the Byzantine history, culture and civilization. It encompasses five Research Departments (Byzantine History, Literature, Theology, Archaeology and Art, and Byzantine Law). The Centre’s mission also includes offering research opportunities to young scholars and specialized researchers from Greek (domestic) or foreign educational institutions. 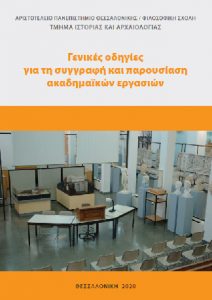 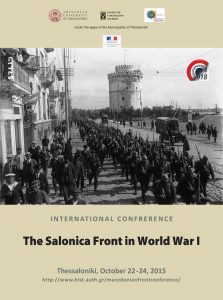